Art and architecture lovers, if you are so passionate on the Biennale you already know all about it, Where Venice has gathered some titbits on this major event that will fulfil all your additional curiosities! For true connoisseurs...

The gardens of the Biennale, where the majority of today’s pavilions lie, are not a natural park, as they were created just in 1807. At this that time, Napoleon Bonaparte decides to fulfil the need of a green hub fully devoted to local citizens; part of the project included to demolition of two monasteries (dedicated to Saint Dominic and Saint Antony), whose ruins were soon used to create an artificial hill destined to be covered in green and host the first Biennale cafè. Like Milan’s Parco Monte Stella or the National Park of the Cinque Terre, the park features 100% artificial origins…though, according to its appearance, would you say it? Surprisingly, Italy was not the first country to set its pavilion in the gardens… indeed, the first pavilion who saw the light in the area belonged to Belgium, dating back to 1906!

From shipyard to exhibition space

Some of the exhibition space hosting the Biennale – in particular, the Biennale of Architecture – used to be part of the ancient shipyard, garage and warehouse dating back to 1200 where the fleet of the Serenissima used to be crafted and stored. Today, the Corderie – once used to weave ropes –, the Artiglierie, the former boatyards of Venice Arsenale and the Gaggiandre – two majestic water shipyards with direct access to an inner water basin – are home to displays and art exhibitions featuring the best of modern and contemporary art and architecture.

The spaces of the Arsenale of Venice, today’s seat of the Biennale, during centuries of history were visited by eminent guests including Dante Alighieri in 1321, who mentioned the famous shipyard in his Divine Comedy – Hell. Here, the flames, hot temperatures and darkness of hell are compared to the boiling hot and bubbly tar used to caulk and repair the damaged hull of the sheep built in Venice’s workshops.

Track and Field at the Biennale

On its 54th edition held in 2011, the Biennale featured one of the most controversial installations since the year of its inception. The U.S pavilion was indeed embellished by the majestic work by American artists with Puero Rican origins Jennifer Allora and Guillermo Calzadilla consisting in a real 60-ton British tank turned upside down. A sign of blame to the crimes of war mixed and matched to sense of humour, this unconventional work aptly named ‘Track and Field’ featured an exercise treadmill fixed on its top, where young athletes from the Olympic US athletics team took turns on a real 30-minute running session. When art, fun and sport turn into food for thought…

Journalist based in Northern Italy, passionate traveller, photography lover and unstoppable curious of the world. Giulia collaborates with Where Venice and Where Milan to share her passions and to promote the most captivating events and lifestyle experiences to make Where readers' trips a one-of-a-kind discovery. 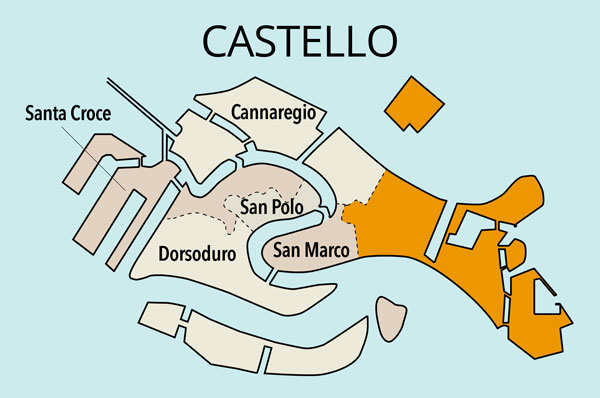