Innovative flavours on the lagoon

Fashion addicts rejoice! Famous designer Armani has chosen the beautiful city of Venice for his new ‘home’ and has taken up residence in the San Marco Sestiere, an exclusive district to host a boutique that is just as exclusive.

Thanks to its historic icons, its magnificent private palaces, its museums, churches and several contemporary buildings, the Grand Canal is one of the most recognisable waterways in the world. Nestling amongst these palaces is an important historic building dating back to the year 1400. Known for centuries as Palazzo Bacchini delle Palme, it was recently refurbished and re-opened as the Palazzo Venart Luxury Hotel.
The latest creation of multi-award winning, starred Michelin chef Enrico Bartolini (the owner, among others of the 2-Michelin starred restaurant at MUDEC in Milan), and his first in the Serenissima, the GLAM Restaurant – co-run with Palazzo Venart’s resident chef Donato Ascani – is open to both hotel guests and demanding gourmets visiting Venice. Offering an interpretation of contemporary Italian cuisine, Bartolini focuses on his experience and research-based use of locally sourced Venetian ingredients, re-imaged with an innovative twist. These include ‘smoked squid with myrtle and turnip tops’, ‘freshly caught croacker fish with radicchio and potatoes seasoned with black tea’ or ‘veal sweetbreads with Venetian artichoke sauce’. The experience is complemented by an extensive selection of fine wines and the venue’s spectacular setting with only 10 tables. Highlights include a cosy, welcoming veranda and a wonderful canalside garden, where guests can enjoy romantic, candle-lit dinners in summer.

Find it on Google Maps

An Italian journalist with a passion for her job, for years Stefania has covered the latest fashion and style trends in Northern Italy. After contributing to a number of high-end publications in the sector, she now works as the Lifestyle and Fashion Editor of Where Italia.

Acquerello Restaurant, Venetian Cuisine on the Island of... 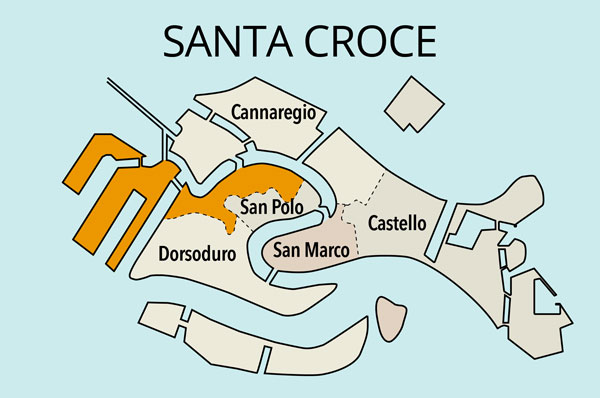 Latest from the district